Open Letter To Don Cherry, by Duncan at Curbside Cycle

Thanks to mom for forwarding this wonderful reading material written by Duncan at Curbside Cycle -- a commuter-friendly shop in Toronto's Annex.

I'm glad someone said it (and so well, too!) because although I ride bikes, and I'm political (a left-wing kook actually), I don't really like to see the two tangled up together.

Even MACLEANS has picked up the cause ...

I look forward to Don's response ... hoping he takes them up on their very kind offer.

We at Curbside Cycle are hoping you will lend an ear, an eye and an open mind.

Long ago American diplomats to China used to judge the prosperity of that country by the amount of cars on the road. Today, any city driver knows that the original ideals of autonomy and freedom that fueled the automotive industry have been replaced with frustration, rage, and gridlock. Prosperity can mean many things, and as drivers sit angrily in their vehicles haltingly crawling through the city streets, quality of life can feel less than prosperous.

You don’t know us, but we are an independent business – the independent business that introduced Toronto to the ultimate object of real prosperity, the Dutch bicycle, which transports its riders with dignity and swish of fashionable flair that looks fantastic with a snappy suit.

Judging by your eclectic wardrobe, by this time, your ears should be perked. We’re probably the people that gave urban Toronto that image of the left-wing latte-sipping bicyclist. Our bicycles are probably not best suited to the suburbanite bicycle hobbyist that voted Ford into power; you see, for us bikes just aren’t political. Like a bed or toaster oven they are so embedded into our lifestyle, they become part of the background.

We aren’t using them to crusade, we are using them to take kids to school, to get to work (happy and refreshed instead of angry), get groceries, and explore this fantastic city of ours.

Mr.Cherry, the fact is that if you live downtown, bicycles are simply the best way to get around. They reduce car congestion, helping those who must drive do so faster and easier. Bicycles make a great deal of fiscal sense, keeping the population fit and healthy and reducing costs all over the map.

The stereotypes you are parroting have changed. Yes, many people who want a change ride a bicycle (you can call them left-wing pinkos but they are fighting for a cause, just as you do in your work with children’s charities), but many other cyclists simply do so because IT MAKES SENSE. They are as politically attached to their bicycles as they are to their toaster ovens. They have Bay Street jobs, watch hockey and some even voted for Rob Ford.

People ride because cars can no longer keep their promise of freedom and autonomy, the bicycle can. You see, we don’t like the gravy train anymore than those folks in “Ford country”, but you may be surprised by how many Ford supporters ride around each day by bicycle. In other words, the stereotype isn’t particularly helpful and certainly doesn’t unify a city in desperate need of a diverse transportation solution.

So we’d like to take a little egg off your face and allow you to (literally) do a bit of backpedalling. We’d like to give you a bicycle. In a blushing shade of ironic pink, this bike will be customized to your own remarkable style. The bike will be a Pashley from the United Kingdom, a company that has been producing real city bikes for 80 years, and the details will be custom painted by Noah Rosen of Velocolour. We’re asking the city to choose their favorite Don Cherry pattern (below) whether it be be a Plaid, a floral, or what-have-you.

And we’d like you to come by, pick it up in person, and go for a latte with us.

Oh, and you can invite your friend Rob, too.

--> The inspiration for fender paint-job choices (I'm pretty sure plaid is the winner!) 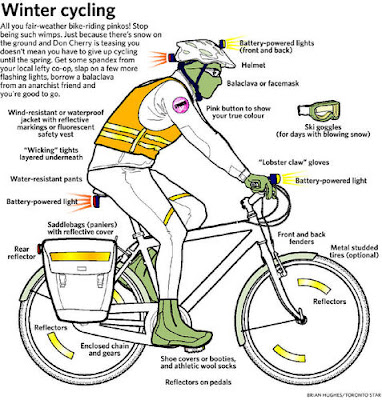 Posted by Unknown at 7:45 AM No comments: 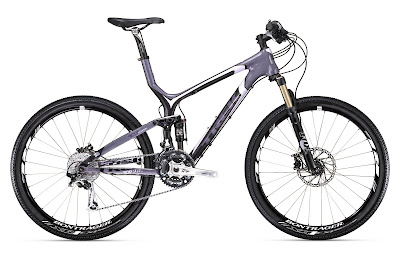 As you know, I've been struggling (that doesn't even sound like a strong enough word ...) with the decision of what bike to race in 2011 and last night, the process came to a peaceful conclusion.
Against almost all the advice I got, I'll be taking home the Trek Top Fuel 9.8 WSD.
I chose it for six reasons:
1.) It's the bike that started it all ... i.e. my first instinct. Always a good idea to go with your first instinct.
2.) Even though countless members of the riding community (and some even outside) weighed-in in favour of the Superfly, I found myself lookng for more and more opinions. If I'm honest with myself, that tells me I was just trying to get someone to say what I really wanted to hear.
3.) It's the more flexible of the two -- I know I'll be stoked to race it in Ontario, but that it will also hold up to courses in Quebec and trail-riding in BC.
4.) I already know how to fit it properly and I'll be able to continue working on being a better rider without having to play catch-up with myself as I learn the handling quirks of the 29er (and after riding one, I can tell you it would probably be a slow process for me.)
5.) The dual lock-out and corresponding controls for 2011 are badass. Not to mention the other new features for 2011.
6.) It's already in the shop, and the ETA on the Superfly hasn't even been set. I've heard tales of them not arriving until July and I can't risk waiting that long.
In the end, I think the decision was so difficult because the bikes are so totally, and utterly different. The hardtail 29er is for sure faster in the open. I had that thing buzzing its tires faster than my road bike it seemed with even less effort. But -- when it came time to navigate a tight corner while moving slowly, I was feeling very unstable thanks to a higher bottom bracket and a weird -- I don't know how to describe it, but try this -- "pit" at about the 45 degree angle mark. At that point, it felt like the front wheel was about to flip over on itself and I'm told when you're descending it's quite the quirk to get used to. Single track is already one of my limiters so I see no reason to make it harder on myself. As far as open vs singletrack riding, I think the Fuel is pretty much the opposite. Maybe it all equals out in the end ...?

I AM bummed I won't get to race the new SRAM X0 2 x 10. That looks pretty sweet. And racing a hardtail would have been a new and I'm sure rewarding experience as well -- especially one Gary Fisher is claiming to be its lightest ever, 26 or 29. If for some reason the Top Fuel wasn't available, I'd just as gladly take home the Superfly.
I don't want to finish on a note contemplating what could have been, so let me just quote an old friend. He said, [paraphrased] "If you're strong, fit and a good rider, it doesn't really matter what bike you're on."
That said, I am super stoked on my new baby. I already know we'll get along great because her predecessor was such a great match for me and my riding. It's got the new "Mountain Carbon" which promises to be stronger than just plain old carbon fibre. I already mentioned the dual lock outs, but internal cable routing is another perk I should add.

I want to thank everyone who shared their thoughts and advice -- although it might not look like it, you definitely helped me arrive at my decision. And I especially want to thank Sweet Pete's for all your continued support!! Couldn't do it without you guys. *love*
Posted by Unknown at 1:56 PM 2 comments:

Ontario Cup sked arrived in my inbox today! Hurray for putting in the missing pieces in my calendar. If you're planning a wedding, cottage weekend or road trip, could you please work around these dates? ;) Just kidding.

*Technically, this is a Pulse Racing event, but it's included if you pay Chico for the series up front
Posted by Unknown at 12:36 PM No comments: 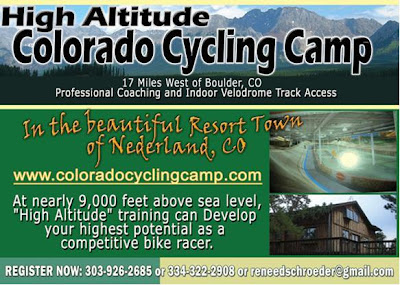 If you're like me, a camp that combines the business of training with the pleasure of gravity assisted sliding sports (skiing or snowboarding) is exactly the kind of thing you'd want to see under the Christmas tree.

Aldo and Renee are trusted coaches of mine from seasons past (they also run a camp in Alabama that I've been known to frequent). Not only do they have a wealth of solid, tried and tested cycling knowledge to share with you, they know exactly what the cyclist-in-training is looking for: good food (and lots of it), good routes/rides that help you accomplish your training goals, and comfy cozy accomodations.

They've got all that in spades. Plus, their newest camp in Colorado also happens to be very close to a ski hill, which brings all new meaning to the term "active recovery!!"

Hope you get the chance to train with them!
Posted by Unknown at 5:18 PM No comments: