Gerhard has been the sharer of many great tracks in the past thanks to his connection to an industry that needs good musics for all kinds of videos and web edits.

To honour BASE MILES season, I'm posting this one, his latest contribution to my iPod, called "Winter Beats" as a nod to the change in periodization I know many of us two-wheelers are now experiencing. Or are about to experience once you get all the CX out of your systems.

You can catch it in the new TransWorld Snowboard movie "Nation" available on iTunes (tremendous trainer viewing!) or keep an eye on twsnow.com for full parts as they trot them out this fall.

In the mean time, check out I Break Horses' "Winter Beats" in its official music video form, OR ... scroll down for the most ridiculously overdone hipster surf edit I have ever seen (featuring 10 Russian models, a man-made wave in Dubai and apropos of nothing, a Lambourghini (because of course)).

GLOBE'S ELECTRIC BLUE HEAVEN from GLOBE on Vimeo.
Posted by Unknown at 6:00 AM No comments: 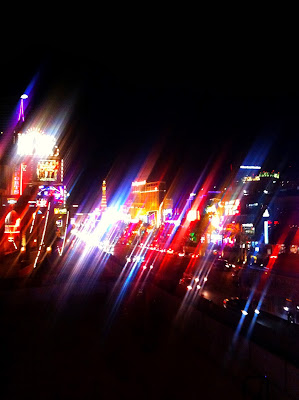 We rolled into Vegas and I couldn't believe my eyes. So much insanity crammed into a completely inhospitable part of the desert. We took a stroll on the strip at 10pm and I felt like I was in a hot yoga studio. Air conditioning mixed with whatever oxygen+ gases they pump into the casinos to camoflauge the cigarette smoke. No discernible dress code. No rules. No curfew.

I rode a rollercoaster, had a taco in a pyramid, saw the fountains, the pirates, the brides and bachelorette parties, the show girls, the costumes, the homeless, the volcano, the cigarette girls; rode in a limo, walked my legs off and took the tram. Shopping malls full of dreams where the Prada salespeople first offer you a glass of champagne. I had a short drink and a very, very tall drink. On the street. A fine meal, and salads made of sad brown lettuce. In Vegas, there's something for everyone.

But during Interbike, "everyone" is a bunch of cyclists, all sorts. You can tell who they are and what discipline they prefer just by looking at them mingling with the rest of 'Merica.

The Show
I did not expect to be so hyped on the show. I was like a kid in a candy store. I can't even fathom how many millions of dollars were on display on the conference floor of the Mandalay. Bikes, accessories, apparel, trips, fitting, helmets, shoes ... and then the booths themselves. Just amazing. This is the first year that Interbike was opened to consumers (Friday only) and I think it would be worth tracking down one of those invitations.

CrossVegas
I have never been to a cyclocross race. I have never really seen the appeal -- I mean, in Ontario, it's all about racing in the mud, snow and cold. It's a 40 minute all-out effort where you actually are expected to get OFF your bike. Does not compute.

But since everyone was off to CrossVegas, I was swept up in it as well and *now* I kind of get it. Even though we didn't have rain/snow/mud/cold to contend with. To my dismay, I found myself wishing I was out there ripping around so I guess I'm eating crow.

National Crit Finals HighRoller Crit!
The night after CrossVegas we had more pro-level racing right outside the conference centre. But I was distracted by fun on Highrollers (BigWheels for adults!) and almost made the finals on these three wheelers. Congratulations to Coach Richard who did go on to the finals and came second to a BMX Olympian, no big deal. I have no idea what happened in the actual crit.


Last Friday Night/Waking Up In Vegas

After all was said and done, and I'd managed to *not* show up to the Focus Bikes booth hungover on any of the show days, I was sucked into the ashtray/sewer/hole that is Las Vegas. But you know what they say about that ...


Here's some photos I snapped from the trip. Big thanks to Tim and everyone at Focus Bikes for having me along.

On the Eve of Interbike 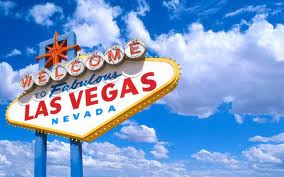 It's a lovely day when you're packing up your suitcase for your first trip to Vegas! I'm super excited to be helping out the gentlemen at the Focus Bikes booth (number 6010 if you want to stop by) until Saturday at Interbike.

I've been impressed so far with how connected I feel already to the whole spectacle thanks to the numerous apps, emails, "show planner" and "connections" resources the show provides. It's also pretty amazing how many of my new friends here in SoCal are going to be there (or are there already for "Outerbike.")

For those that don't know, Interbike is North America's largest trade show for bike industry folks. Held every year in Las Vegas, it also features a big outdoor demo at Bootleg Canyon and of course Cross Vegas, the famous cyclocross race (if you're into that sort of thing).

Stay tuned for my first impressions of Las Vegas through social media and I'll be sure to post a summary of the whole crazy time. Til then, I'm off to roll the dice. If you're in town, be sure to look me up. 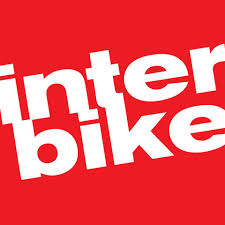 Posted by Unknown at 3:04 PM No comments:

A Night with JPoV Photo 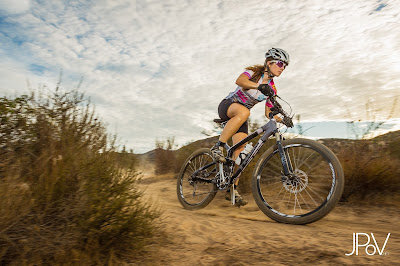 We just got these fancy new jerseys over at San Diego Mountain Bike Skills so to celebrate, we hooked up with Jake's Point of View photography.  Pretty stoked on the results! So thank you Jake and Elise for the super fun shoot ("let's do that just one more time"), and thank you Richard for inviting me to tag along (in this and in all the things)!
As for the jerseys, that's just the start of some pretty exciting developments over at "Ride Like a Ninja" HQ. Tonight, we're throwing a little pizza party in San Diego at Lefty's where you'll be hearing all about the new Ninja Race Team. From kits, to sponsors to camraderie, this new mtb team has got it going on. Can't wait to spill the beans! 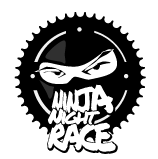 And what better place to get some laps than at this amazing new race!? First of its kind in the U.S., the Ninja Night Race is the only USAC-sanctioned after-dark event. First one is coming up October 24 at Lake Hodges so stay tuned!
If all this talk of ninjas has you wondering what it really means to be a NINJA WARRIOR, this helpful video featuring my favourite "kid historians" can get you started. It's full of great advice. And it's darn cute.
Posted by Unknown at 7:36 AM No comments:

Home is where you park it!! And for ten days next summer, our home is this glorious abode on wheels. 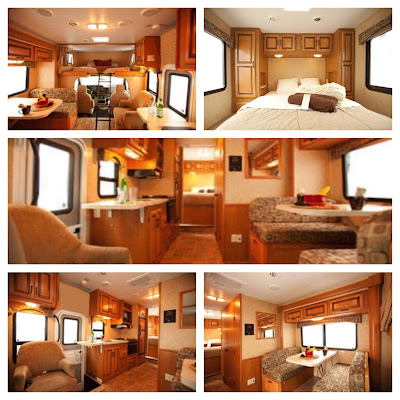 I am so grateful to my parents who have really stepped up in their roles as "Chief Inspiration Officers" on the official moral-support crew for the BCBR. There's even talk of making up team t-shirts.

Let us know if you'd like to be on the moral-support crew, too. There'll be plenty of room around our campfires for "recovery drinks" as we RV our way around southwestern B.C. June 27-July 7.

Excitement is building. Only 291 days to go. 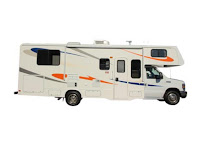 Posted by Unknown at 5:54 PM No comments:


Earlier this summer I was invited to participate in a media tour of Park City, Utah. Apparently they have some mountain biking? Apparently no one talks about it?

That is until now at least. The riding there is next-level and honestly, I don't think I've stopped talking about it since I got back. Soulful singletrack in a town that just loves all things cycling. Add a touch of old-timey history, some free community events, a happenin' nightlife and of course Park Citizens themselves and you have an amazing recipe for a good time. To get started booking your adventure, I'd start with White Pine Touring and Park City Lodging. (Tell them I sent you!)

Need more convincing? IMBA (the International Mountain Biking Association) beat me to my observations and designated Park City its first and only gold-ranked ride centre in the world. A little birdie told me that there is soon to be a Canadian ride centre added to the list so let's keep our eyes and ears peeled for that good news!

Meanwhile, hope you'll take a moment to check out my story on RidingFeelsGood.com Thanks to everyone who has already "liked" and shared it -- much appreciated!