For Day 3, I got to fly in a float plane for the first time. It was the race’s longest day, and toughest logistically as well. We woke up in Powell River but then had to transfer to Earl’s Cove for the start of the stage. The majority of the BCBR took over a ferry for the trip, but a few of us were selected for alternate transportation with the race’s title sponsor: Harbour Air.

Our flight crew was awesome and included Olympian Alex Deibold and the newly engaged Sir Geoff Gulevich, and adventurer Tito Tomasi (check out his race report for Enduro Mountain Bike Magazine here!) as well as some other awesome characters savvy enough to wait for the last flight (or who like me, just listened to BCBR Med Team member-turned-racer, Jenn Thiel). Since there was no one waiting after us, we got to go the long way and our pilot Reggie skimmed the treetops before the earth fell away as a cliff, complete with waterfall; a sparkling mountain lake; over some cool tidal whirlpools and we were even joined by some other aircraft and flew in formation with them all the way into the dock. It was like being in--and watching--an air show all at once.

Regardless of how the race went, I felt like that was a good day.

However, taking the last plane ride, though extremely exciting, also left very little in the way of time for getting dressed, ready, and warmed up. So the start was a little more frantic than I would have liked – in fact, warming up was out of the question. Plus, it was a mass start, so before we were going anywhere you had to muscle your way into a good position on the line. Mine wasn’t great.

Luckily, the course began with a road section to get us off the ferry dock and into town/trails. With a large pack in front of me, I was able to get warm in the first few minutes of racing and was ready to rock by the time we hit the day’s first dirt climbing. Which was punchy to say the least. It would be easy to underestimate this stage if you judged it by its first 15-20km as there was plenty of double track, fireroad under power lines, and even a rude hike-a-bike so steep and hot it made my calves cramp.


It was a long one, and I was beginning to get to know some of the competitors around me so it was also mentally taxing as I worked out some strategies for staying ahead of them. It was also becoming clear what each of us brought to the table in terms of strengths and weaknesses so it was hugely fun to try and use that knowledge to some advantage. Thank goodness for Eliel kits and chamois!!

The day finished in grand fashion on a huge descent which also happened to be its feature trail section. It was fast, steep, loose, and littered with photographers and cheering sections. It was so fun, swoopy, with just enough chunk that you could easily forget baking in the exposed sections earlier in the day.

Day 3 was the longest, and in some ways the toughest of the week, so it was a wonderful feeling to put it behind me, again back in 5th place on the day, and holding 5th in the overall. 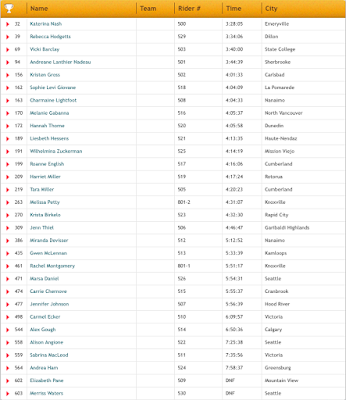 Day 3 was also dad’s OFFICIAL birthday – June 30 – so we hopped in the RV and headed out to a local brew pub to celebrate his 60th. There were some other racers/support crews there as well, enjoying the great location by the water. Back at the campsite, we gave him his birthday gift of a new Garmin 810, and had delicious coconut ice cream because have I mentioned? It was hot.

More photos from our flight: 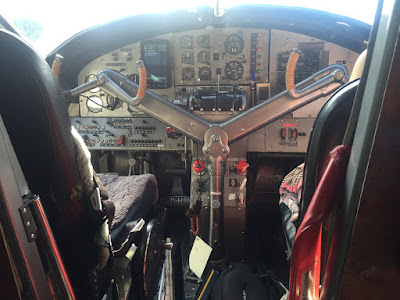 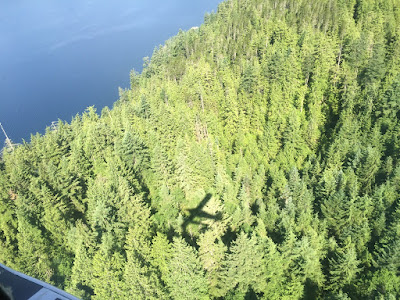 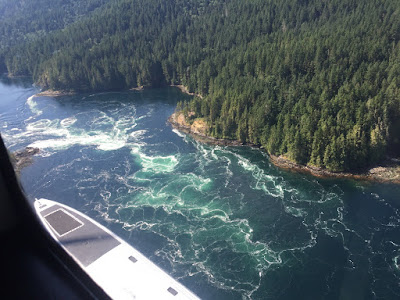 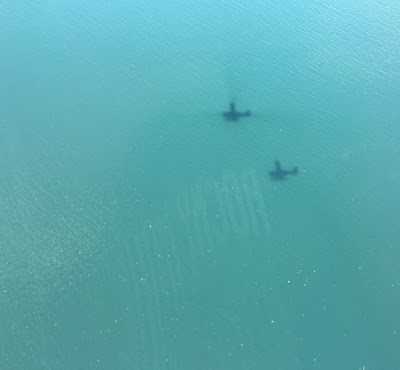 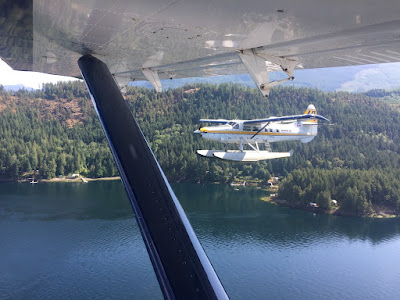 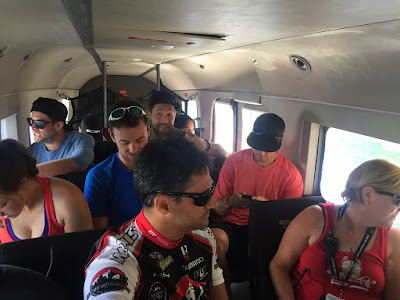 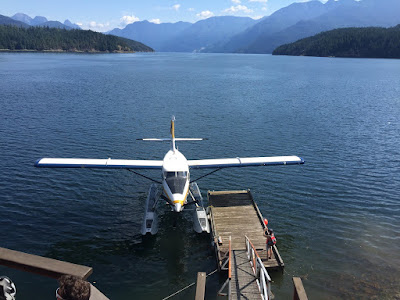